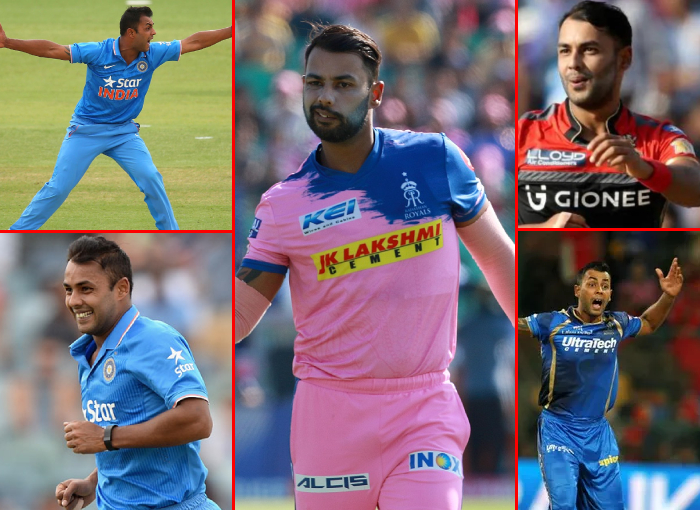 Here is the biography of former Indian All-rounder Stuart Binny who took his retirement from all formats in international cricket yesterday.

Stuart Terrance Roger Binny is son of former Indian all-rounder Roger Binny. Like his father Stuart Binny was also an all-rounder. He was aright arm fast bowler and right arm batsman. He was born on 23 June 1984 in Bangalore, Karnataka. He was a hard-hitting batsman in lower middle order and a medium fast bowler who can swing and seam the bowl. During the initial stage of his career, he struggled to get in the line up of Karnataka. Then in 2007 he joined Indian Cricket League and established himself as one of the great all-rounders of the tournament.

He got his first achievement in 2013 when BCCI selected him in India A for a tour of South Africa and later that year, he got a call from the main Indian national team for a tour to New Zealand. 2013-14 was his best year in domestic cricket he played a very important role in Karnataka’s squad he was good with both bat and bowl. Later he was selected for an ODI tour of Bangladesh where he surprised everyone. In second ODI at Mirpur he gave a stunning performance with bowl. He 6 wickets and gave only 4 runs in that inning and holds the record for best bowling figures by an Indian in ODIs.

He also got selected for test tour at England in 2014 and played a crucial role in first match. He was also the part of 2015 world cup squad of India. Later that year he was called in between the series against away series in Sri Lanka and he there too played an important knock in India’s victory of 2-1. He also got a chance to play at Bangalore in his home town against South Africa in a home test against Chinnaswamy but unfortunately rain washed out the game. In IPL he played for Rajasthan Royals, Royal Challengers Bangalore and Mumbai Indians.

He got two records and both are from ODIs.