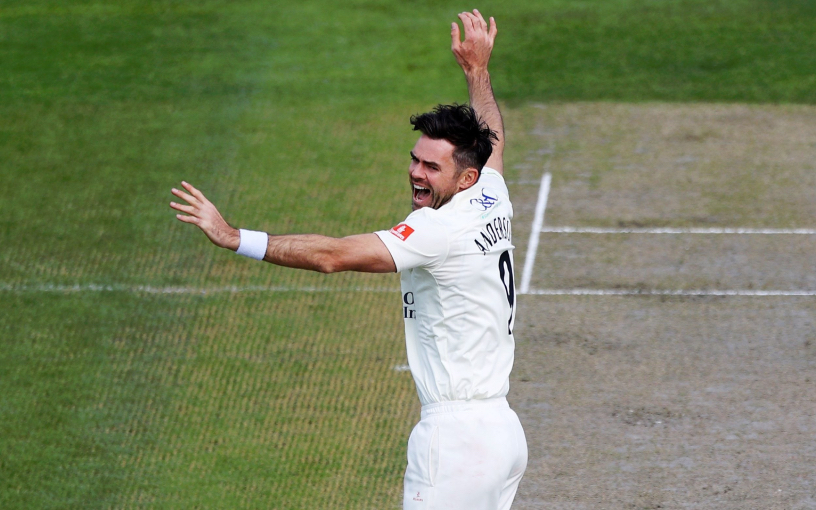 England’s seamer James Anderson made another big record. James Anderson completed 1000 wickets in first-class cricket. He achieved this feat during the county match against Kent while playing for Lancashire. Anderson, who turns 39 at the end of the month, took seven wickets for 19 runs in his 262nd first-class match.

Anderson is the big face of international cricket. In his first seven overs, Anderson took three wickets for just five runs, while in the second over he took seven wickets in 10 overs, for which only 19 runs were spent. James Anderson has so far taken 1002 wickets in 261 first-class matches. 51st he has got the five-wicket haul, while it has happened 6 times, when he has managed to take 10 wickets in both the innings. The specialty of this great fast bowler is that he has taken 617 wickets in 162 matches of Test cricket. This is a world record in Test cricket in the name of a prolific fast bowler. You will be surprised to know that Anderson is the 14th player and fifth fast bowler to take 1000 first-class wickets in cricket history. Before Anderson, Andy Caddick (in 2005), Martin Bicknell (in 2004), Devon Malcolm (in 2002) and Wasim Akram (in 2001) did this feat.

During this, he made seven batsmen of Kent’s team his victim. This player is a big threat to both the teams in the five-match Test series against India starting on August 4, and then the historic Ashes against Australia at the end of the year.