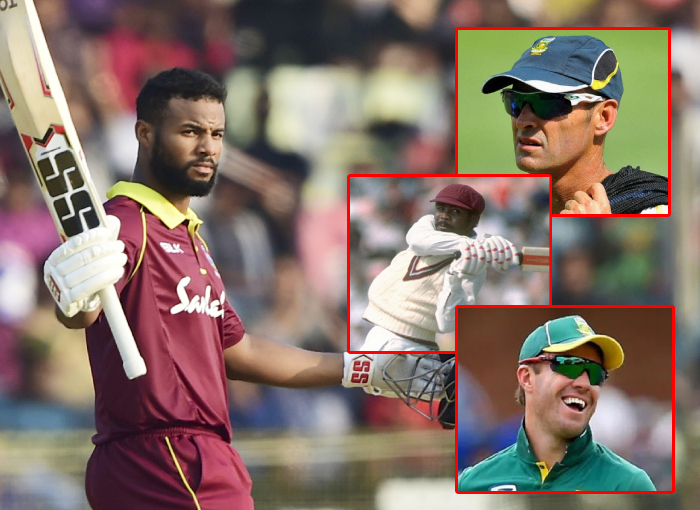 Most of the cricket-playing nations of Asia are Indian subcontinent countries like India, Pakistan, Bangladesh, Sri Lanka, etc. And we have seen that foreign players face difficulties in batting in these conditions because they find it hard. In this article, we will see 5 those non-Asian players who never faced difficulty in Asian countries and we will rank them based on their average in Asia.

Former Australian opener, Michael Hussey has played a lot of crickets in the subcontinent. His performance in these conditions made him a very versatile batsman. IPL also played a very big role in his improvement. Hussey has an average of 56.45 in Asia.

One of the most loved overseas cricketers in India, AB De Villiers always loved playing in the subcontinent and especially in India. In his career also, IPL played a very important part which helped him in subcontinent conditions. His average in Asia is around 57.71.

Our list is full of South African and West Indies players and we got one more South African legend Gary Kirsten who has an average of 59.60 in ODIs in Asia and he has the second-best average by a non-Asian player in Asia which shows how much he enjoyed playing cricket in Asia specially ODIs.

Shai Hope is a criminally underrated ODI player because he is way ahead of any other player on this list. Our list has a minimum requirement of 20 innings and Shai Hope who has played a lot of crickets in sub-continent or Asian conditions has a batting average of 93.53 in Asian conditions in ODIs which is quite an unbelievable stat. Shai Hope also has amazing records against India.