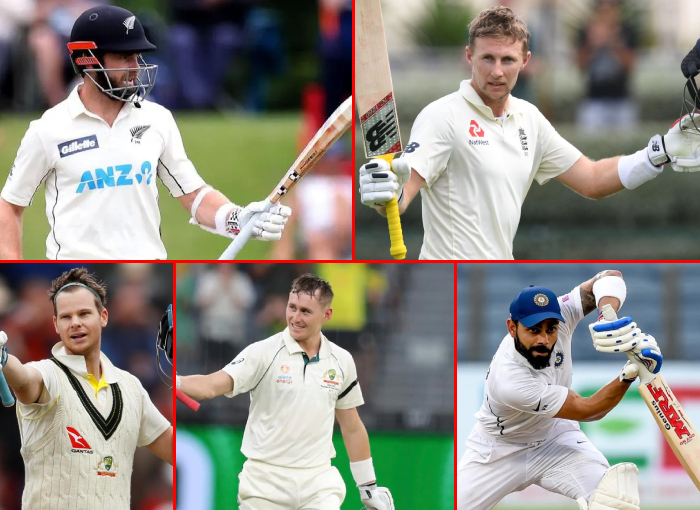 So far 2021 has been a great test year. We witnessed several lifetime remembering moments whether it is of India’s win at Gabba or the first ICC WTC final.

In this test year there are many batsmen who performed really well so far. Down below we will list down top 5 of them.

2021 has not been much great for Indian captain. Despite this he managed to be at No. 5 in ICC test batting rankings. The Indian skipper does not have any century in 2021 so far but he led his team to the first ICC WTC final.

The Australian middle order batsman who was born in south Africa holds the fourth position. He is at No.4 in ICC test batting rankings. His century against India at Gabba which is also his home town was this year’s best.

Australian classic test batsman Steve Smith is in top 10 in ICC test batting rankings for so long and currently at No.3. His unorthodox style makes him different and unique. He likes to play on the rise shots.

England’s captain is in his career best form. 2021 is like his year only he smashed several centuries and also double centuries in 2021. He is a back foot player and also a good player of spin which gives him the advantage in the subcontinent conditions. He is at No.2 in ICC test batting rankings.

Root can hold the No. 1 position but he is the only one in his team who is performing but on the other hand Kane Williamson led his team to the victory if inaugural ICC WTC. Not only he led his team he also played several knocks and century in 2021 so far but most important was in second inning of WTC final. This year has been truly of Kiwis year.