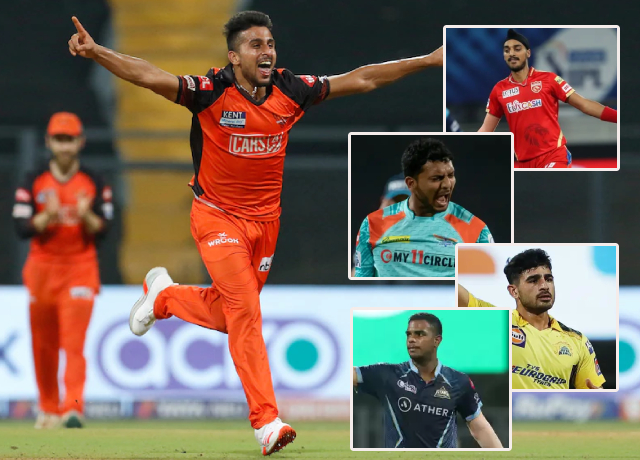 India is always known for there batters but in the past few years, we have seen some of the top-class fast bowlers emerging through IPL. In this article, we will see the top 6 uncapped Indian fast bowlers of IPL 2022.

Yash Dayal was with Gujarat Titans and won the league in his first season for the Titans. He is a left-arm fast bowler with a good pace in his bowling. Dayal made his special place in the strong pace attack of Gujarat and took 11 wickets in 9 matches he played.

Kuldeep Sen was with runner ups team Rajasthan Royals. Sen came in mid-season and he impressed everyone with his bowling, especially his action. Sen also defended 11 runs in the last over against Marcus Stoinis. In 7 matches he took 8 wickets.

After the exclusion of Deepak Chahar from IPL, it was a young left arm, fast bowler, Mukesh Choudhary who took the charge of Chennai’s bowling. He was very good with his swing bowling with the new ball. Ishan Kishan’s wicket is still in the memory of everybody. In 13 matches he took 16 wickets.

Another left-arm fast bowler Mohsin Khan came in mid-season and with Avesh Khan he made a strong pace attack for LSG. Mohsin Khan is a tall bowler who gets uncertain bounce which is the key feature of his bowling. His slower ones are also very effective. In 9 matches he took 14 wickets.

Punjab will never regret its decision of retaining Arshdeep. He stands out on everyone’s expectations. With every season passing by he has become more effective. You will not see many wickets in his stats but his economy is the highlight of his bowling. With precise yorkers in death overs, he was probably the best death bowler of this season. In 14 matches he took 10 wickets with an economy of 7.7.

IPL 2022 was of Umran Malik. Hyderabad retained him before the 2022 auction and with every match, he proved his worth. Pace and aggression are the two things that define Umran Malik. In the mentorship of legend Dale Steyn, he has become a very dangerous bowler and there will be no surprise if he will get an Indian cap in the coming years. In 14 matches he took 22 wickets for Sunrisers Hyderabad.