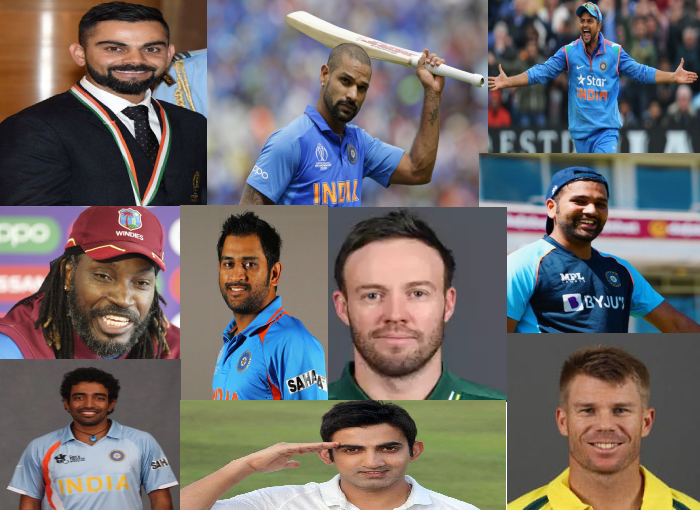 The Indian Premier League (IPL) is the most famous T20 cricket league in the world. In this, not only the players of the country but also the foreign players dream of playing. Many players are in excellent form and are batting very well. Every season old records are broken and new records are made. Every cricket lover wants to know who is the king batsman of IPL. Very few people know about this interesting record of IPL. Today we are going to tell you about the top players of IPL who have scored the most runs.

Talking about the number one, the captain of the Royal Challengers team is Virat Kohli in the first place in this list. Team India’s current captain Virat Kohli has scored 6076 runs in 191 innings of 199 matches at an average of 37.97. Kohli has scored 5 centuries and 40 fifties in IPL.

Team India’s brilliant batsman Shikhar Dhawan comes second in terms of scoring the most runs in the IPL. Dhawan has scored 5577 runs. Dhawan has scored 2 centuries and 44 fifties in IPL. He has hit 634 fours and 116 sixes so far.

Most runs Mumbai Indians captain Rohit Sharma is at the fourth position. Rohit Sharma has scored 5480 runs in 202 innings of more than 207 matches. Rohit has one century and 40 half-centuries to his name. Rohit has hit 476 fours and 224 sixes in IPL so far.

Chris Gayle is also known for his explosive batting. His name comes at number seven in the highest run scorer in IPL. Gayle has scored 4950 runs in 139 innings of 140 matches at an average of 40.24. He has 6 centuries and 31 half-centuries to his name. He has hit 404 fours and 357 sixes.