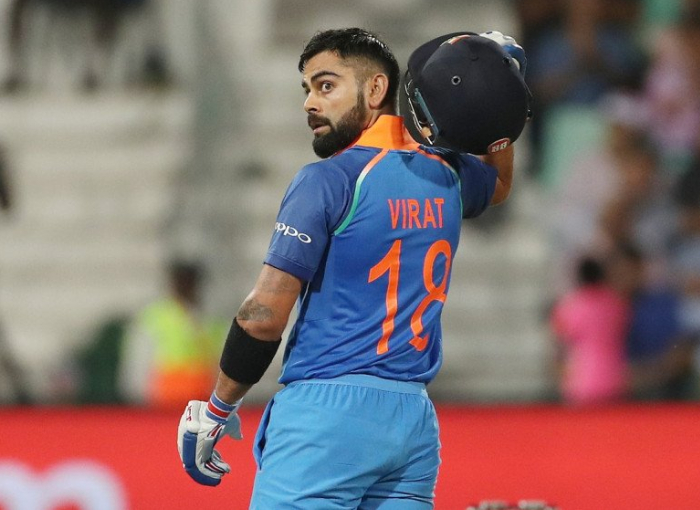 Virat Kohli is an Indian cricketer who is currently the captain of the Indian national team. The right-handed batsman often regarded as one of the best batsmen in the world. Kohli was ranked eighth in ESPN’s 2016 list of the world’s most famous athletes. Let’s know about the life of Cheeku Oops Virat Kohli.

Virat Kohli was born on 5 November 1988 in Delhi in a Punjabi family. Virat Kohli’s father Prem Kohli was a criminal lawyer and mother Saroj Kohli is a housewife. Indian cricketer Kohli was educated from Delhi. Virat was average in his studies, but his entire focus was always on cricket. Due to which Virat’s father had enrolled in the cricket club at the age of just 9.

From the very beginning, Virat had a focus on cricket. At the same time, due to his interest in sports only, he got education only till 12th and after that he started concentrating completely on cricket. Let us tell you that he learned Delhi cricket from Raj Kumar Sharma and played the first match in the academy named Sumit Dongra. Virat Kohli started his cricketing career in 1998 but as a batsman he came in the limelight in 2006.

Team India’s star batsman Virat Kohli was also in a lot of discussion about the love affair. Before marrying Anushka in 2017, many girls had come in Virat’s life. However, Kohli never openly accepted those relationships. There was a lot of news about Kohli’s relationship with Brazilian model and actress Isabelle. During an interview in the year 2014, Isabelle had said that, ‘Virat is her first Indian friend. Both had also dated each other for a long time. Actress Tamannaah Bhatia’s name was also very much discussed with Kohli.

The two were working together for an ad where they became friends. However, the two were never seen together in public. Virat Kohli and Anushka Sharma got married on 11 December 2017. Both had an affair for years. In a match against Sri Lanka in 2014, when chiku gave a flying kiss to actress Anushka Sharma sitting in the stadium, this relationship was also sealed. Well now this couple is seen standing with each other on every occasion.