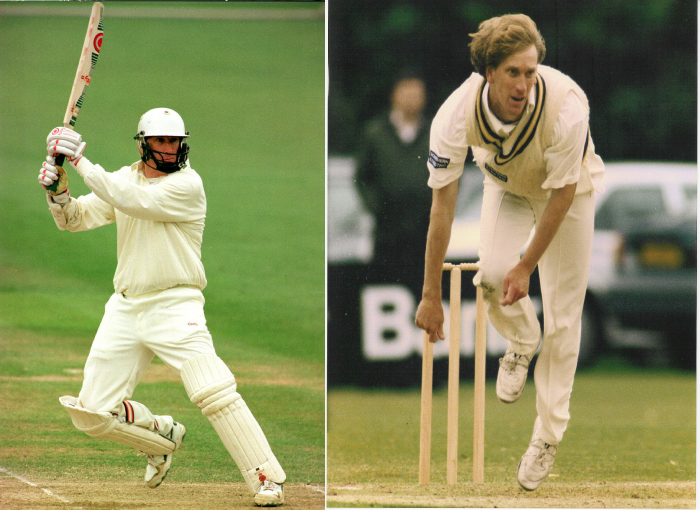 July 1 is a special day in cricket history. On this day, English player Kevin Jones made a wonderful record. First he took 4 wickets in 4 balls and then scored a century while batting. He is the only player to perform all rounder in cricket. James never got a chance to play for England despite being successful in hitting Sachin Tendulkar and Rahul Dravid. He had completed his 35 years by then and this was a big reason for not being included in the national team. Let us know about the history of that day.

Hampshire won the toss and decided to bowl in this practice match but this decision was overshadowed by the county team. The opening pair of Ajay Jadeja and Vikram Rathor added 192 runs for the first wicket. However, both of them were not allowed by James to complete the century. Jadeja became the victim of James by scoring 91 and Rathore 95. After this, the Indian innings completely faltered. James showed the way to the pavilion to four Indian batsmen on four balls one by one. Sachin Tendulkar (0), Rahul Dravid (0) and Sanjay Manjrekar (0) were dismissed without opening the account. India lost 4 consecutive wickets at the score of 207 runs.

Fortunately, Sourav Ganguly held one end and partnered with Anil Kumble (59 *) to take India’s score to 362 runs. On this score, India declared its innings. Ganguly played an unbeaten innings of 100 runs. James took five wickets for 74 runs. After bowling, this player of Hampshire made a lot of noise with the bat as well. Hampshire’s two wickets fell within 50 runs. James, who came out to bat at number four, made a big partnership with Jason Laney. Both scored centuries in the match.

When Lenny was out after scoring 100, James scored 103. However, even after this record-breaking performance against India, this left-handed all-rounder never got a chance to play for England. James scored 8526 runs in 225 first-class matches at an average of over 30. He scored 10 centuries and 42 half-centuries. In List-A’s 254 matches, he scored 2459 runs and took 247 wickets.