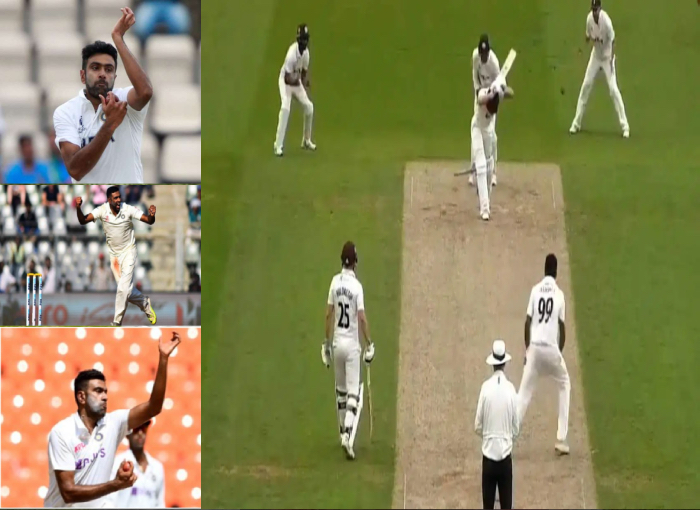 Indian spinner R Ashwin, representing Surrey for the first time in the English County Championship against Somerset, achieved a breakthrough by bowling 24 overs till the tea break on the opening day. Ashwin did not impress much during this period, but the batsmen had trouble scoring runs on his accurate line-length.

He conceded 58 runs in 24 overs with five maidens in the first two sessions and achieved a breakthrough. Surrey captain and England opener Rory Burns got him bowling from both ends. During this time Ashwin became the first spinner to start bowling with the new ball in the English county in the last 11 years. Earlier in the year 2010, Jeetan Patel did this. .

Playing against Somerset, Ravichandran Ashwin opened the innings with the bowling. In the last 11 years, he became the first spinner to start bowling with the new ball in the English county, before Jeetan Patel did so in 2010. Ashwin had his only breakthrough in the form of Tom Lamonby (42) at the start of the second session of the day.

In view of the lack of practice matches with the Indian players who went to England, Ashwin and the BCCI decided to play in this match. Ashwin’s effort is to practice as much bowling as possible without showing his variety. At present, the rest of the Indian players are on a 20-day break. Where he is spending time with his family and friends.

In fact, after losing the World Test Championship final against New Zealand, Indian players were given a 20-day break so that they can be mentally fresh before the Test series against England starting in August. During this, the players are roaming around the city of London. Some even went to see Wimbledon and Euro Cup matches.

The five-Test series between India and England is to begin in Nottingham from August 4. After this, the second Test will be held at Lord’s ground in London from 12 to 16 August. The third Test match will be played from 25 to 29 August at Leeds. Fourth test match from 2 to 6 September at The Oval in London. The fifth Test match of the series will be held in Manchester till 10 September. In Team India, apart from the regular 20 players, four players have been kept in the team as standbys.