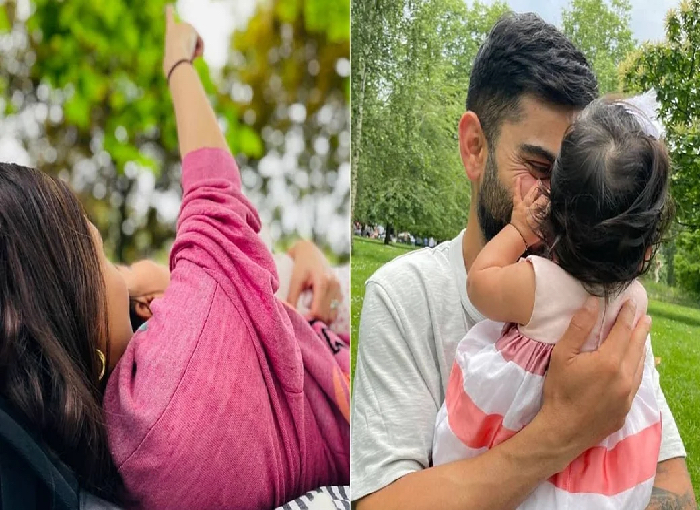 Virat Kohli and Anushka Sharma’s daughter Vamika turns six months old. Captain Papa and Actress Mom celebrated with their baby girl during this time. Anushka posted some pictures on social media, in which Virat is definitely seen holding his darling, but Vamika’s face is not visible. In fact, recently Virat had told during an Insta live session that as a couple, we have decided to keep the daughter away from social media until she understands it and makes the right choice for herself. does not deserve. You will be surprised to know that as soon as Anushka shares these pictures of her have started going viral on social media and people are also commenting fiercely on this photo. More than 9 lakh people have liked these pictures on Instagram within half an hour.

Anushka wrote a lovely heart touching post. ‘One smile from her can change our whole world! I hope we can both live out the love with which you see us, little one. Happy 6 months to all three of us.

During this, many Bollywood celebrities commented on Anushka’s post and wished Vamika a happy birthday. One can see the wishes of Sonam Kapoor, Tahira Kashyap, Vaani Kapoor and Kajal Aggarwal.

Team India is currently on a tour of England. After the World Test Championship final, it is now the turn of the five-Test series. Indian cricketers have got 20 days off before the Test series against England starting on August 4. During this, the players are spending time with their families so that the mental fatigue of Bio-Bubble can be avoided.