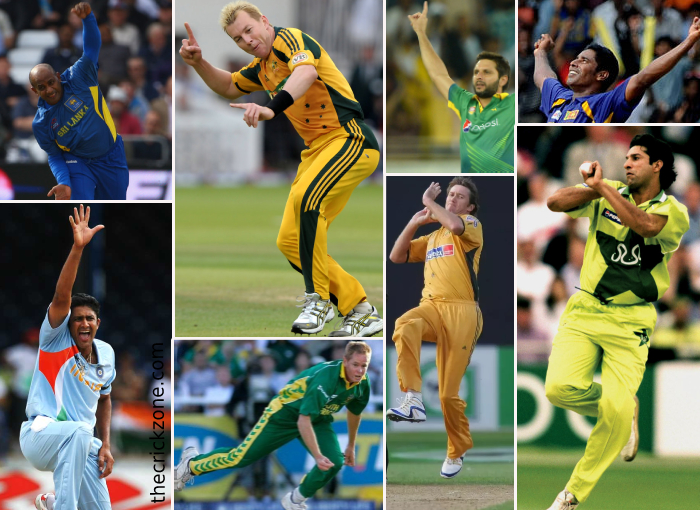 Many such batsmen and bowlers have given their record-breaking performance in the field of cricket, some of which have not been broken till date. At the same time, in the case of bowlers who took the highest wicket in ODI cricket, bowlers of only 2 countries are in the top 5.

Australian fastest bowler Brett Lee has taken 380 wickets in 221 matches in his ODI career from 2000 to 2012 journey. Brett Lee’s bowling strike rate during this period has been 29.4. His strike rate is enough to explain why he is called one of the greatest fast bowlers in the world. Brett Lee has the best strike rate among the top-10 bowlers taking the most wickets.

Another player from Pakistan team is also included in the list of top 10 wicket taker in ODIs matches is Waqar Younis.  He has taken 416 wickets in 262 matches in his ODI career from 1989 to 2003 journey. Waqar had set a different record with 5 wickets in an innings, Waqar has made this record 13 times in his name. He gave 9919 in 12698 balls during this time.

Sri lanka’s player muralitharan is in the list of top 10 highest wickets taker and best spin bowlers of all time. His playing techiques in ODIs as well as test cricket will be remember for all time. Muttiah Muralitharan gave his team more than 12000 runs with 18811 balls during his time. He has taken 534 wickets in 350 matches in his ODI career from 1993 to 2011 journey.