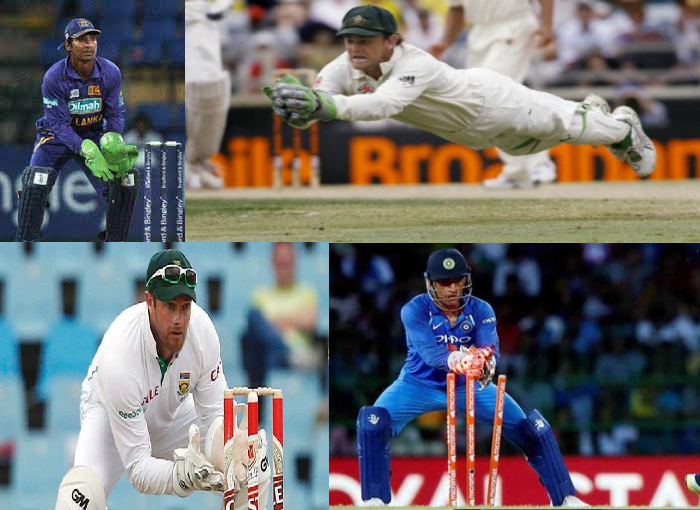 Whenever it comes to wicketkeeping in cricket, the former captain of the Indian team, Mahendra Singh Dhoni, is definitely mentioned. MS Dhoni is one of the most successful wicketkeepers not only in India but in the whole world. Apart from this, Dhoni is also counted among the successful captains of the world, but despite all this, when it comes to the world, the names of many players come before Dhoni.

Top 4 wicketkeepers in the world

There are many such records in the name of former Sri Lankan wicket-keeper batsman Kumar Sangakkara, which no one has been able to break. Sangakkara is also considered one of the successful wicketkeepers in the world. Apart from this, Sangakkara’s record in the World Cup has been excellent. Sangakkara wicket-keeping in 499 innings of 594 matches of his career. During this, he took a total of 678 hunting which included 539 catches and 139 stumpings. Sangakkara performed exceptionally well as a batsman, scoring more than 28000 international runs in a career spanning 15 years. Kumar Sangakkara holds the record for hitting the most number of batsmen behind the wicket in World Cup matches. Sangakkara has taken 54 wickets in 37 matches of the World Cup. During this, he has taken 41 catches and 13 stumpings there.

Former India captain Mahendra Singh Dhoni’s name comes at number three. Although Dhoni is the most successful wicketkeeper in ODIs, but when it comes to the World Cup, he comes at the third position. Dhoni has played 3 World Cups so far, in which he has played 20 matches. In these 20 matches, Dhoni has taken 32 wickets behind the wickets. During this, he has done 27 catches and 5 stumpings.

Mark Boucher of South Africa has been one of the most successful wicketkeepers in world cricket. In international cricket, Boucher has taken 998 wickets, including 952 catches and 46 stumpings. In his career spanning 15 years, Boucher played 467 international matches. Boucher scored more than 10,000 international runs in his career. In his career, he scored 6 centuries and 61 half-centuries. Mark Boucher has played a total of 25 matches in the World Cup, in which he has a total of 31 batsmen behind the wickets. Boucher took only 31 catches during this period.