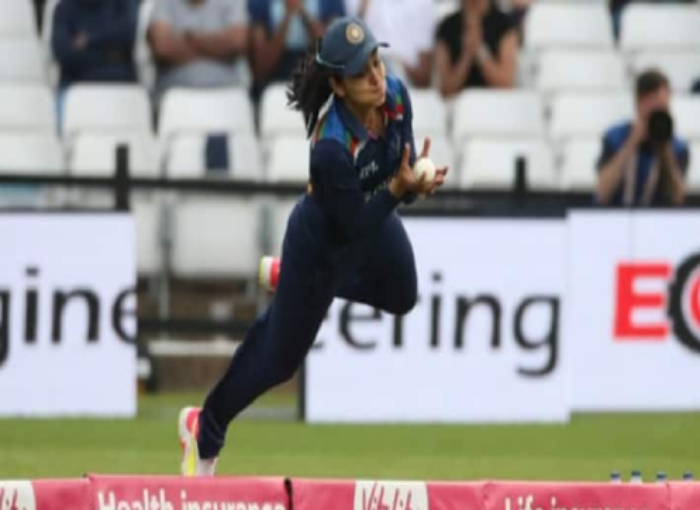 The England women’s cricket team defeated the Indian women’s cricket team by 18 runs in the first T20 match. Batting first, England scored 177 for 7 in the allotted 20 overs. The target for India in the rain-affected match was rescheduled under the D/L rule. Team India had to score 73 runs in 8.4 overs to win. Indian team could score only 54 runs for the loss of 3 wickets and lost the match by 18 runs. England lead 1-0 in the three-match T20I series and the second match will be played on July 11.

In this match, a brilliant catch of Harleen was in the headlines, whose video is going viral on social media. Harleen took a brilliant catch of Ami Jones by diving in the air on the boundary line on the fifth ball of the 19th over of England’s innings. This excellent catch of Harleen is being highly praised on social media. Harleen Deol was fielding at long off. England wicketkeeper Amy Jones was on strike.