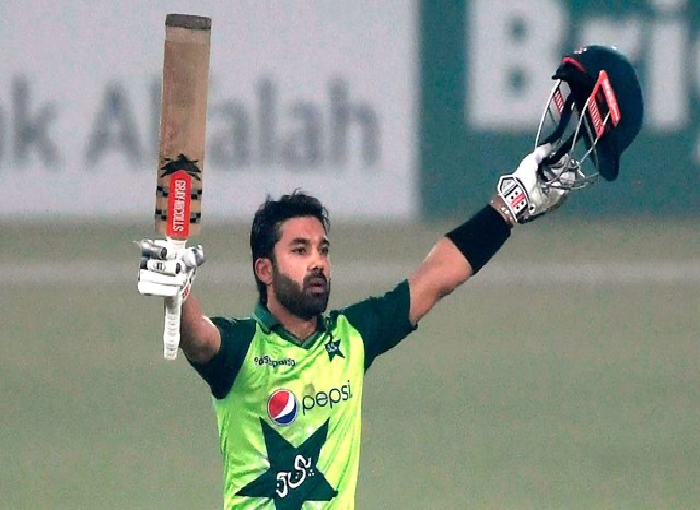 Pakistan cricket team’s wicket-keeper batsman Mohammad Rizwan has made a new record in T20 International cricket, which can also be called a world record. He achieved a special achievement in the second match of the ongoing T20 series against West Indies.

Actually, Pakistani batsman Mohammad Rizwan scored 46 runs in 36 balls in the second match of the four-match T20 series against West Indies. With this, he set the world record for the most runs scored in a calendar year in T20 International cricket. Wicket-keeper batsman Rizwan has now scored 752 runs in 14 innings of 15 matches at an average of 94. In this case, he has surpassed the previous record of Ireland batsman Paul Stirling. No batsman could reach the figure he touched. Rizwan has a lot of time to strengthen T20 cricket even more, as he is yet to play many T20 International matches.

Rizwan has overtaken Ireland batsman Paul Stirling in the list of most runs scored in a calendar year. Sterling made this record in 2019 by scoring 748 runs. In third place is Kevin O’Brien of Ireland, who scored 729 runs in 2019. The Netherlands ks Max O’Dowd (scored 702 runs in the year 2018) is at number four. At the same time, the name of Indian team opener Shikhar Dhawan is also included in this list. Dhawan scored 689 runs in 2018.

In the year 2018, Shikhar Dhawan has scored 689 runs in 17 innings of 18 matches at an average of 40.52. With these figures, he is at the fifth position in the list of highest run-scorers in T20 International cricket in a calendar year. The 29-year-old Mohammad Rizwan has scored seven fifties and a century this year. He has scored runs at a strike rate of 140.03 and has hit 65 fours and 25 sixes.